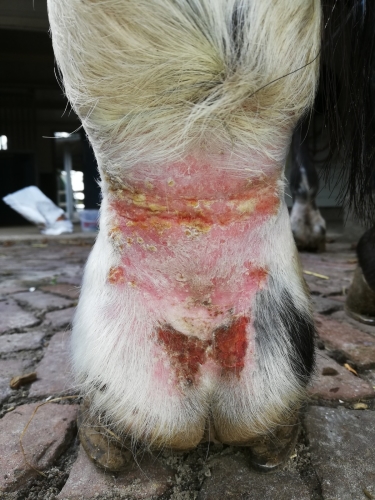 Does your horse cough regularly or does it have problems with its airways for a long time?

Respiratory problems are quite common in horses. Often starting with a simple cough, for example at the start of the work. The cause can vary from viruses, bacteria or dust. But can pass into chronic respiratory problems such as allergies or COPD.

The transpirator ensures a faster recovery and does this without the use of medication. Even horses with an allergy whose cause cannot be eliminated respond well to a course with the transpirator. Sufficient for most problems in a one-month cure. 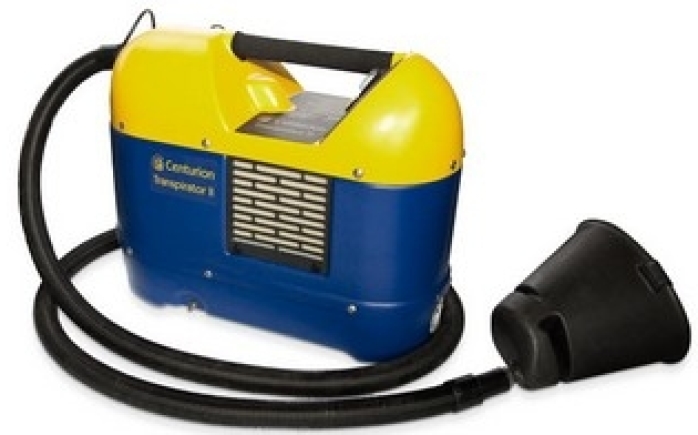 The Transpirator can be used for: 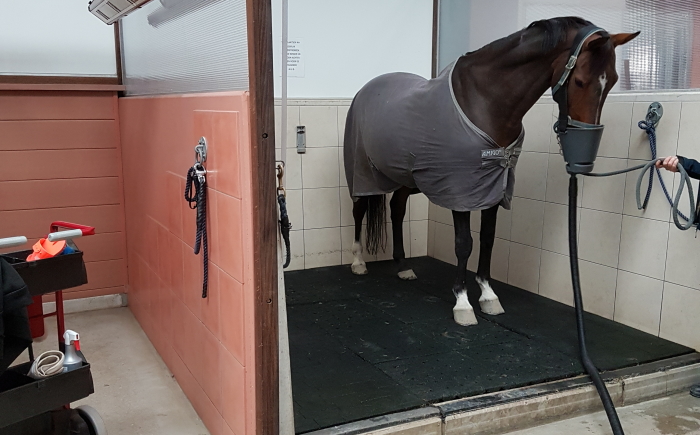 The Transpirator can be used with all horse breeds, from foal to adult horse. The outgoing air has a humidity of 100% at a temperature of approximately 40°C. The amount of air flowing out is more than the deepest inhalation of the largest, resting horse. In other words; the water vapor concentration and the temperature of the inhaled air is always the same regardless of the size of the horse. 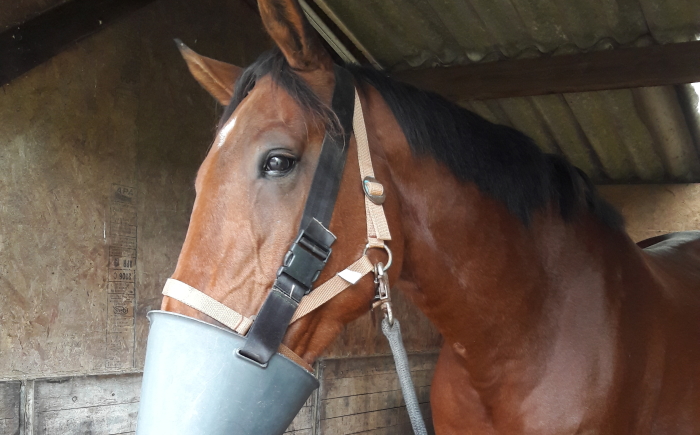 The horse breathes in the heated and moist air through an open mouth and nose mask. As a result, the horse is not bothered by the speed and sound of the air flow. The horse can also continue to breathe comfortably and safely when the airflow suddenly stops, such as in the event of a power failure. 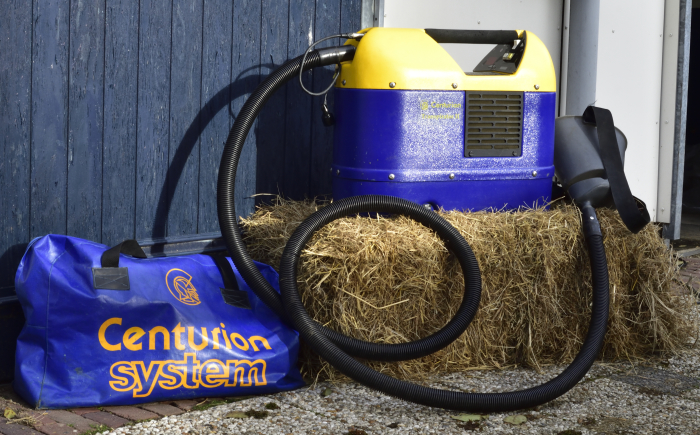 The air that the horse inhales is already warmed up and humidified, so that the upper airway do not have to do this more during the treatment. This prevents heat and water loss via the airway. A thin layer of condensation is deposited on the walls of the airway. This condensed water dilutes the mucus, dissolves lumps of mucus and helps cleaning through the cilia.

The Transpirator cannot be used to administer medication because it only adds water vapor to the air. It is intended to support respiratory problems and not to replace medication or antibiotics. The function is to help the body dilute and get rid of mucus and to moisten the airway. 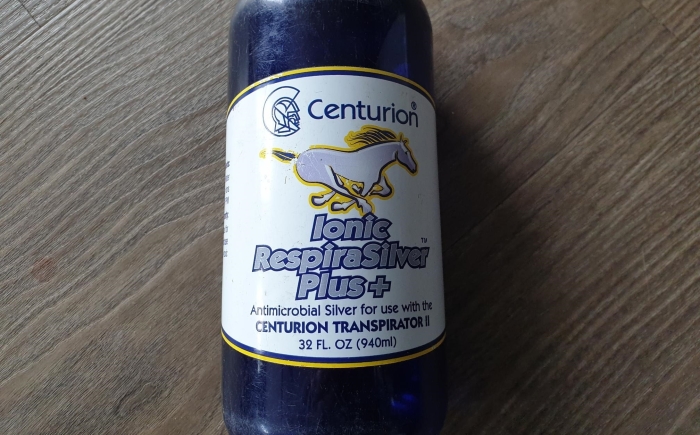 Centurion Ionic RespiraSilver Plus + solution is a safe, non-toxic and natural solution that contains silver ions that attach to the enzyme receptor site on the outer shell of pathogenic microorganisms and kill them within 4-6 minutes by absorbing the oxygen uptake appearance. In contrast to pharmaceutical antibiotics, RespiraSilver Plus + has no influence on useful enzymes and tissue cells, they remain intact.

Centurion’s Ionic RespiraSilver Plus + can be used before and after the competition.

Try it out yourself?

Curious about what the transpirator can do for the airway problems of your horse? Then start the rental today and see for yourself. Of course you can also buy. We always settle the first three months’ rent with the selling price. In this way you can experience for yourself how the transpirator works without extra costs and without having to make a big decision.
Start renting the transpirator today
I'd rather buy a transpirator right away

After having nebulized 2 times for an hour, she was no longer coughing at all. During the nebulization with the transpirator a lot of mucus came loose, it ran straight into the hood through the nose and dripped out.

At the beginning of March 2020, I had the lung rinse repeated to see how things were going. To my surprise, nothing came out at all. She is completely clean!!!

I am sure that the transpirator plays a big part in the healing of my mare.

€ 39,95
List of USP's for this product
Order now
Unfortunately the payment pages are in this moment only in Dutch. You can use them normally to order a therapulse. But if you have any questions, please contact us.

Learn how to use your Transpirator here

Read some background articles about the Transpirator here

A new theory on bleeders